- a calibration of the human ear.

Across 6 movements the listener is presented to a series of sonic plateaus which ascend from the low range to the high range frequency spectrum, and in many ways Egis Ce Asc is thought out to be an abstract sine sweep for the human ear.

The title refeers to the major third intervals between E - G#, C -E and Ab - C which in Danish are pronounced Egis Ce Asc.

Løkkegaard holds a special interest in the major third due to the keyposition of this interval within Western music. The major third is thought to be a "natural"  interval but is in fact artificially high pitched within the tempered tuning of Western music, and by playing only major thirds - the ear starts to listen in and capture the low differential tones the upper partials and so on - tones which are all interfering with eachother.

Egis Ce Asc is released as a limited edtion triple vinylbox (released in a edition of 100) containing a 12" + 10" + 7" record - each representing a frequency spectrum.

The physics of sound becomes visible as Moiré patterns embedded within the vinyl record appear.

Egis Ce Asc is released by Topos - an intermedial platform formed by Jacob Kirkegaard, Tobias Kirstein and myself.

Egis Ce Asc was supported by the Danish Arts Foundation 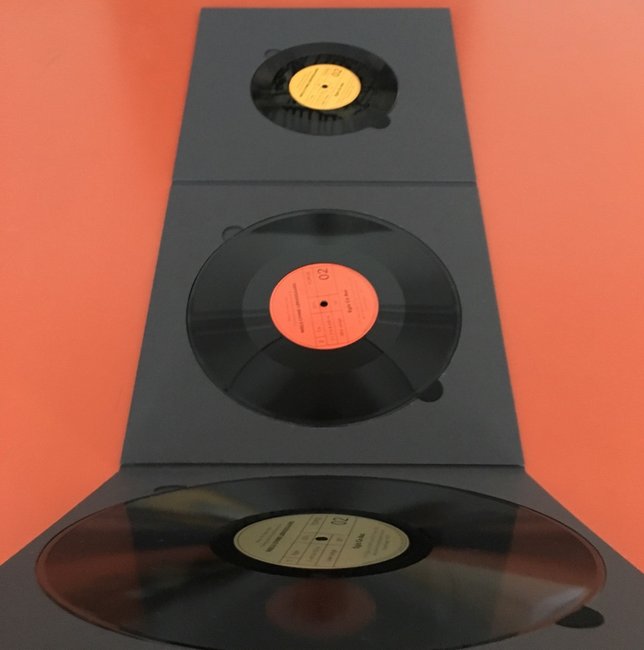