2017 is the centenary of the sale of Denmark’s former slave colony known as the Danish West Indies. To mark the occasion, Jacob Kirkegaard and Niels Lyhne Løkkegaard have created a sound installation using audio recordings from the islands to portray an imagined ‘Paradise Lost’.

The sound artists and composers Jacob Kirkegaard and Niels Lyhne Løkkegaard are both renowned for their ability to convert sound into a form with the character of an artwork and a bodily dimension that can be experienced by more than the ears alone. In his art, Jacob Kirkegaard uses acoustic phenomena that are usually either overheard or inaudible to the human ear. Using a range of sensors and recording methods, the material unfolds in compositions and spatial, visual and sound works. Niels Lyhne Løkkegaard’s art focuses on the multiplication of sound, extending it beyond its usual boundaries to re-emerge in new forms, as well as on the creation of imaginary musical works that the listener has to envisage before their inner ear. Here the two artists have joined forces to follow in the footsteps of tourist brochures to the former colony in the US Virgin Islands, making Vestindiske Forestillinger (‘West Indian Imaginings’) an expression of Danish post-colonial consciousness 2017.

Despite heightened awareness of Denmark’s past as a colonial power, Danish travel agencies continue to sell a romanticised version of Denmark’s former colony. Whereas European nations like Germany and France have used the names Namibia and Vietnam instead of their former colonial designations for years, the former colony on the Virgin Islands is still referred to as ‘the Danish West Indies’ in Denmark, something 10,000 Danish tourists travel across the Atlantic every year to experience. But what is it that appeals to Danish tourists? Is it the climate, food and beaches? Or is it the dream of ‘Paradise Lost’? Nostalgia for something that could still be Danish today – if only it had not been sold.

The sound work is presented in a room bathed in green light, reminiscent of the green screens used to locate people and events in an imaginary film context. The use of this green light reflects the artists’ aim of locating the listener against an impossible background, or a background made possible solely via the listener’s subjective fantasy – a range of ‘realities’ that unfold in the imagination of the individual listener. 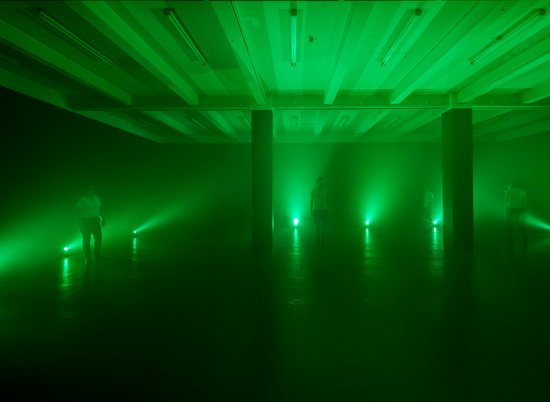 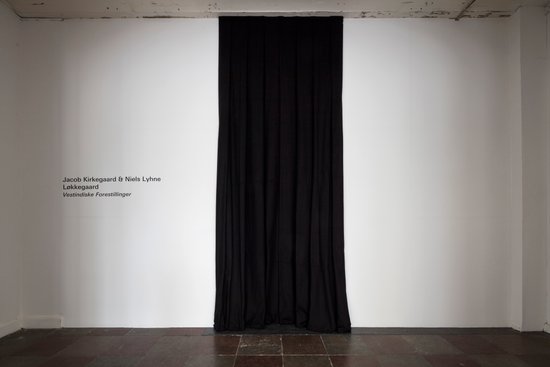