Where words leave off, music begins - so spoke Heinrich Heine &

Jean Sibelius claimed that music begins where the possibilities of language end.

Symphony No. 1 is an entire symphony of 3 movements, described in text so the music unfolds itself as music for the inner ear,  challenging the dicta above, by claiming that Music begins when words begin.

The reader becomes the listener, that will become co-composers by creating music with their inner ear.

The symphony is released by Forlaget Vandkunsten

Finishing the symphony back in the spring of 2016 and after having 4 different layouts the symphony finally found its  right form in collaboration with the good folks at Vandkunsten.

Symphony No. 1 consists of 3 movements; Moderato, Largo & Concerto for piano and microtonal crotales.
The Symphony inhabits multiple states at the same time - being in constant fluctuation between alphabet, word, language and meaning - & between book, score, written text and imaginary music.

The symphony can´t be approached from only one of these positions- the symphony inhabits all these states at the same time and is hovering within a superposition.
The reader becomes the listener. The listener becomes the composer.

The ancient cycle of sounds transforming into words transforming back into sounds is summed up by Marshall McLuhan who stated that “Man was given an eye for an ear”.

Symphony No. 1 seeks to give back an ear for an eye. 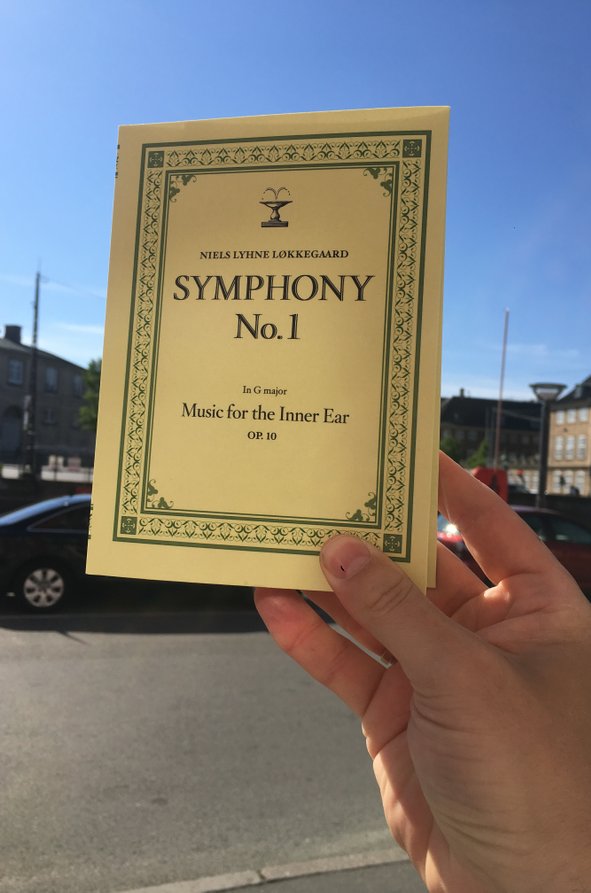